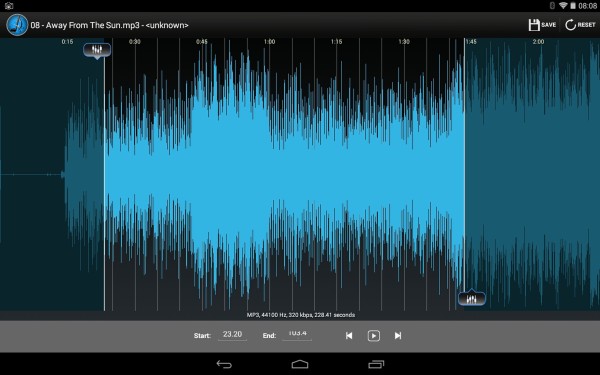 To download Mp3 Cutter, open the Google PlayStore and type “Mp3 Cutter beka”. Select the app and install it, the size of the app is just 745KB. Before using this app I recommended you to install the File Manager app. Because the Mp3 Cutter stores the edited part of the song in the “/media/audio/” location of the phone memory which can be accessed easily using the file manager software.