Skip to content
You are here:HomeUseful Infos How to use Mp3 Cutter on Android Smartphone? 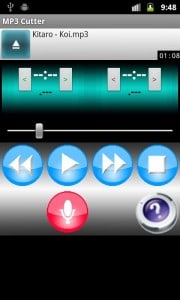 To download Mp3 Cutter, open the Google PlayStore and type “Mp3 Cutter beka”. Select the app and install it, the size of the app is just 745KB. Before using this app I recommended you to install the File Manager app. Because the Mp3 Cutter stores the edited part of the song in the “/media/audio/” location of the phone memory which can be accessed easily using the file manager software. The reviews say that Mp3 Cutter can be used on most android smartphones.