Skip to content
You are here:HomeTag: Micromax Funbook P560 released 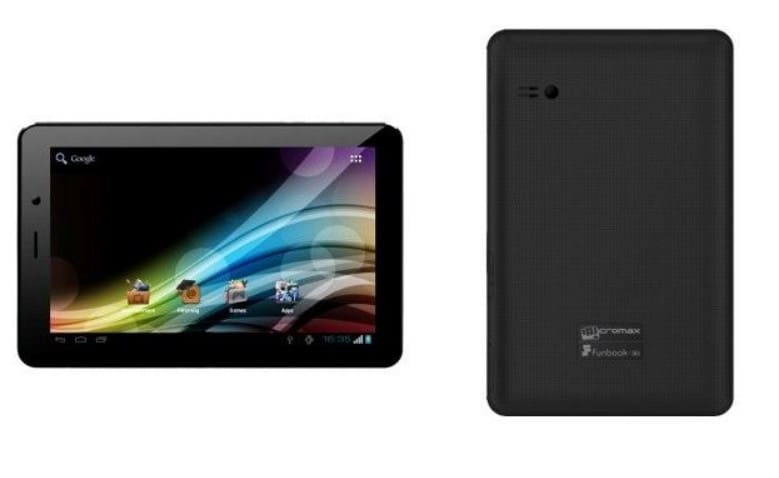 Latest tablet from Micromax named as Funbook 3G (P 560) is now available for purchase at the various online retail stores in the country.
MMX Funbook 3G p560 ships with a 7 Inch TFT LCD display with capacitive touchscreen. The resolution of this display is 800 x 480 pixels.
MMX P560 is running on the Android 4.0.4 ICS OS platform powered by Qualcomm’s 1GHz processor (MSM7227-A SOC) and Adreno 200 graphics core for better gaming experience. Sitting beside the chipset is the 512MB RAM and 4GB of internal memory which can be further expanded upto 32GB via micro SD card slot.

The advantage of the P560 tablet is its 3G SIM support from which the user can not only place the voice calls but can also browse the internet on 3G network away from home. The calling tablet also supports GPRS/EDGE, Wifi, Bluetooth and USB port. There are two camera on this tablet, 2MP at the back and a 0.3MP front facing camera.

P560 Funbook 3G is 10.6mm thick and weighs around 323grams including the 3000mAh battery. The battery offers around 5hrs of talk time and 160hrs of standby time.

Currently the Micromax P560 Funbook 3G is selling at Infibeam and Saholic for Rs 8,999 and Rs 8,799 respectively.