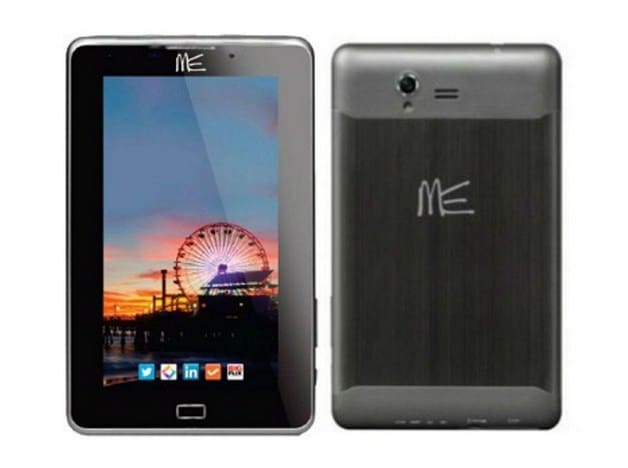 Today HCL Infosystems has unveiled its latest 7″ low budget android tablet in India named as HCL ME V1 for Rs 7,999. But some of the online retail stores like Infibeam.com are selling it at Rs 7,789 which is little less then the official price tag.
Highlighted feature of HCL ME V1 Tablet is its built in Voice calling & SMS features, thanks to its 2G SIM support. With this feature one can use the tablet just like a phone.

System:
HCL Me Tablet V1 is running on Android OS 4.0.4 ICS and powered by 1 GHz Cortex A8 CPU processor with 1GB RAM and 4GB internal memory. The memory can be expanded upto 32GB using the Micro SD card slot.
The low cost Indian made tablet also features a GC430 3D graphics processor which will be an advantage for gaming purpose.
As mentioned before the phablet comes with a built in microphone and a 2G SIM slot which can be used for voice calling and sending SMS.
The tablet runs on a 3200 mAh Li-Polymer battery.

Display:
HCL ME Tablet V1 has an ordinary 7” WVGA Capacitive Touch Screen which gives a display resolution of 800 x 480 pixels. The screen has multi-touch support. The tablet also features proximity sensor and G-Sensor.

Price & Availability:
Price of HCL ME V1 Tablet in India starts from Rs 7,789. One can buy the tablet from leading online retail store right now.

Other than HCL ME V1 the company has other good tablets like HCL Me Y2 ICS, HCL ME Tablet X1, HCL ME Tablet G1 and othe MYEDU Tablets. Most of the tablets have received good reviews.