Skip to content
You are here:HomeUseful Infos How do Cell Phones get charged using Wireless Charging Technology? 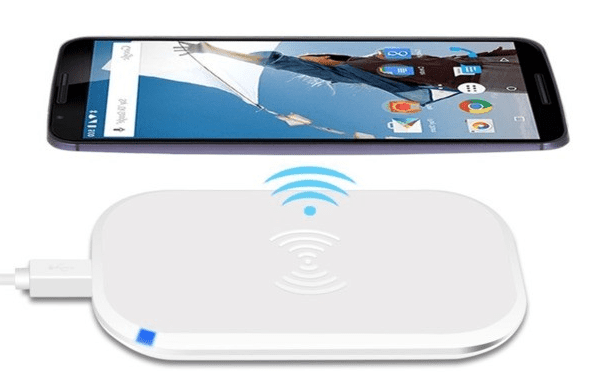 This article explains about the Wireless Charging Technology which most of the cell phone manufacturers are using to build there smartphones more smartly than ever. Considering the rumors Samsung Galaxy S3 will be coming up with this feature, HTC Rezound already has this feature. Actually any gadget can have this feature, the only condition is that there should be a power transfer unit which must be connected to the power source and the power capture unit which will be embedded in the gadget to charge it.

Wireless Charging is not a new concept, Nicola Tesla invented the wireless power transmission in the late 1800s. In the early 1900s he remotely powered all the lights in the ground at his Colorado Springs experiment station. Unfortunately his invention was not well accepted. Anyways in today’s world his invention is recalled and getting implemented.

Most of us have already experienced the wireless technology. The best example of this technology would be the radio or the mobile phone. Like the radio station transmits the songs in the form of radio waves and the receiver decodes it before we listen to the song. In other words i can say that the power is transmitted from one end without wires in the form of radio waves using electromagnetic radiation and the other end receives this signal, decodes it and uses it.
So why cant we use this technology for charging the cellphone or an ipod?
Answer is simple – During transmission the radiation spreads in all the direction wasting the majority of the power in the free space.
So what would be the best solution for charging the gadgets wirelessly? Magnetic Coupled Resonator would be the solution. It means there will be two magnetic coils with closely matching resonant frequency (fine tuned) which can couple (connect) strongly in a magnetic field.

The wireless charging system includes two units – Power transfer unit and Power reception unit, both are made up of copper coils. The transfer unit is connected to the power source and it produces a non-radiative magnetic field around its space oscillating in MHz frequency. It means this field will be not widely spread across in space unlike the electromagnetic radiation. So only the space around this transfer unit is filled with the resonant magnetic field.
When the receiving unit (which is also a coil) is brought nearby this non-radiative magnetic field then it starts resonating. This receiver is specifically designed to resonate in this magnetic field. The electric current running in the transfer unit coil induces another current in the receiving coil hence transferring the power. This current generated in the receiving coil can be used to power the device. Using this method, over several kilowatts of power can be transferred safely and efficiently over significantly larger distances irrespective of the alignment.
Devices kept from some centimeters to several meters far can couple together and transfer the power but this also depends on some conditions like amount of power to be transferred, capturing device size etc. So the power transfer efficiency mainly depends on the distance between the transfer unit and the receive unit.

– Hands-free.
– No plugs or charging cords needed.
– No need to plug in or unplug.
– Non-Radiative mode of energy transfer is a Safe Technology.
– Less cables, wires, cords