Skip to content
You are here:HomeExclusive: Google Nexus 4, 7 and 10 selling at Online Stores in India

Here is some exciting news for the eagerly waiting android fans in India looking to grab the Google’s Nexus devices. The long wait seems to be coming to an end as some of the Online Retail Stores have started to list the pure android devices on their sites. 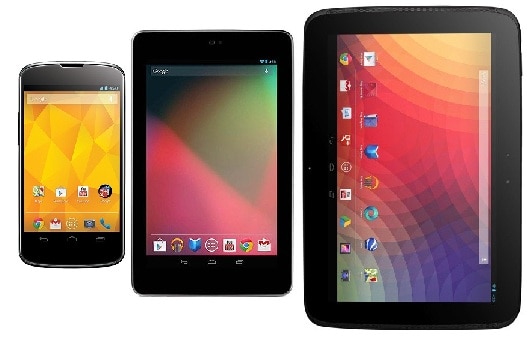 Both the Nexus tablets were officially released in Japan earlier this month. Currently the Jelly Bean Nexus devices are available at US, UK, Australia, Canada, France, Germany, Espana and Japan. Perhaps India will also be officially added in this list very soon (hope by this month end).